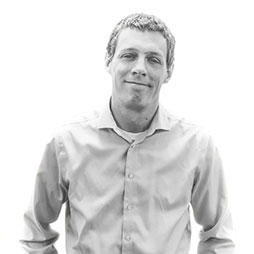 Nick Hamblet brings a background in mathematics and computer science to a variety of projects across GA-CCRi. His breadth of expertise has led to contributions in both software architecture and development (Scala and Java back-end architecture; cloud-based applications using Accumulo, Storm, Kafka, and Pig; graph database interactions, and also visualization work to expose information and analytics to an end user) and in areas of data science such as entity resolution, RDF-based latent space models, spatio-temporal predictive analytics, network analysis, and natural language processing. He’s served as both an independent researcher on small projects and as Technical Team Lead on larger efforts. In his current role as Director of Software Engineering, Nick looks for opportunities to align GA-CCRi projects around common code and coding practices and implements processes that encourage GA-CCRi employees to grow and learn from each other and contribute at their highest potential.

Nick received his Ph.D. in Mathematics from the University of Virginia, where he studied the calculus of functors. He carries on his interest in abstract nonsense, currently mostly directed at learning Haskell and, more generally, the relationships between category theory and computer programming.