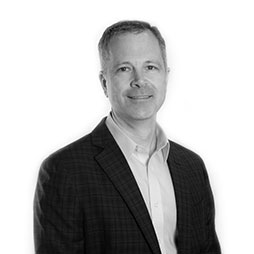 Brian Ralston is the President of General Atomics – Commonwealth Computer Engineering Inc. (GA-CCRi). He is a retired Air Force Colonel with 25 years of military experience in a wide range of analytic leadership roles. He led test and evaluation activities for the B-1B, KC-135, and Joint Strike Fighter platforms, conducted personnel analysis studies for the Secretary of the Air Force, served as the lead analyst for the Air Force A-1 staff, was an Assistant Professor in the Department of Mathematical Science at the United States Air Force Academy, and led program and budget analysis for the Office of the Secretary of Defense. In his final assignment, Colonel Ralston served as the Director of the Office of Enterprise Analysis at the National Reconnaissance Office where he led an organization of more than 150 military, civilian, and contractor personnel to conduct analytic trade and performance studies to drive system and architecture decisions for the future $60B+ NRO enterprise. Upon retirement, he directed the THRESHER program at Commonwealth Computer Research Inc. where he led a team of 60+ software engineers, data scientists, computer engineers, and user experience specialists to deliver an air and maritime global situational awareness application for thousands of users across the Department of Defense and Intelligence Community. Prior to being selected President of GA-CCRi, Brian was the Director for Modeling and Simulation at L3Harris Space and Airborne Systems, where he was charged with leading a team of 80+ engineers and analysts to develop a mission-level modeling and simulation capability to integrate analytic support across the company and drive technology development and corporate strategy. Brian is a graduate of the United States Air Force Academy with a B.S. in Operations Research. He also earned a M.S. degree in Operations Research from the Air Fore Institute of Technology, and a Ph.D. from the University of Virginia in Systems and Information Engineering.